President-elect Donald Trump’s son-in-law Jared Kushner, an Orthodox Jew, is slated to become senior adviser to the president, according to a Trump campaign announcement.

“Jared has been a tremendous asset and trusted advisor throughout the campaign and transition and I am proud to have him in a key leadership role in my administration,” Trump said in a statement.

Kushner was extremely effective in setting straight the Trump campaign’s course on several wobbly instances during the campaign and remained a critical behind the scenes asset for his father-in-law. He continued to be a major figure in Trump’s transition to the White House. However, the fact that Kushner, smart and wise and critical as he may be, is also family might raise legal questions.

Kushner’s lawyer, Jamie Gorelick, said in a statement that he is “committed to complying with federal ethics laws and we have been consulting with the Office of Government Ethics regarding the steps he would take.” It means, according to Gorelick, that Kushner will resign from his company, sell a substantial portion of his assets to a trust, and avoid getting involved in matters that impact his financial interests.

Still, according to NBC, Kushner’s post might be challenged based on a federal anti-nepotism law preventing government officials from hiring their relatives.

Congress passed the anti-nepotism law in 1967, probably to prevent a repeat of President Kennedy’s making his brother Robert Attorney General. The law also forbids congressmen to hire their wives – for which many lawmakers are probably grateful…

The federal anti-nepotism statute states: “A public official may not appoint, employ, promote, advance, or advocate for appointment, employment, promotion, or advancement, in or to a civilian position in the agency in which he is serving or over which he exercises jurisdiction or control any individual who is a relative of the public official.”

The law defines “Public official” to include the president, and “relative” to include son-in-law, which is the challenge we mentioned above.

However, it can be argued that the definition of “agency” might not include the White House.

When President Bill Clinton appointed his wife as chair of a Task Force on National Health Care Reform in 1993, a lobbying group sued in DC Circuit Court.

The suit was not about nepotism, it was about transparency.

However, for whatever blessed reason, the court’s ruling including a short statement about the fact that the federal anti-nepotism statute does not appear to cover staff in the White House or in the Executive Office of the President.

Judge Laurence Silberman wrote, “So, for example, a president would be barred from appointing his brother as attorney general, but perhaps not as a White House special assistant.” 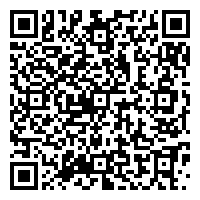