An Arab driver swerved into a group of people, mostly women and girls standing at a Gush Etzion Junction (Tzomet HaGush) bus stop.

One woman (20) was injured in the attack, and was taken to Hadassah Ein Karen hospital.


The driver drove off and was captured south of Gush Etzion. The driver claims it was an accident, but after reviewing the footage (below), the police believe it may have been intentional.

The footage was captured by the security camera overlooking the bus stop. 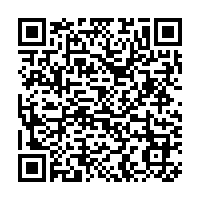