Hundreds of Jews streamed into the Yemenite Village of Kfar Shiloach, a section of the Jerusalem neighborhood also known as Silwan, this past weekend from other parts of the Old City to join their new neighbors at Beit Ovadia and Beit Frumkin for Shabbat prayers.

Residents in Beit Yehonatan and Beit HaDavash, buildings that existed prior to the acquisition of Beit Ovadia and Beit Frumkin, celebrated the expansion of their community with prayers of thanks.

Ateret Cohanim and the “Committee for the Renewal of Jewish Life in HaShiloach” helped facilitate the acquisition of the new buildings from Arab owners by an overseas company, Kudram.

Ateret Cohanim has deep roots in the Land of Israel, linking back to the sole yeshiva that remained and was hidden behind a wall by an Arab during the War of Independence in 1948, Yeshivat Torah Chaim, established in 1887 and which today is known as Yeshivat Ateret Yerushalayim, which flourishes under the leadership of Rabbi Shlomo Aviner.

Many of those involved with the yeshiva saw the need to further the “physical redemption” of Jerusalem and the need to strengthen Jewish roots in the area after 1967, so a non-profit organization, Ateret Cohanim, was established to further these aims. After facilitating its first acquisition in 1979, yeshiva boys and families moved into a building called ‘Beit HaMa’aravim’ in the old Jewish Quarter (today the Muslim Quarter of the Old City).

Ateret Cohanim helped facilitate and advise Jewish investors from Israel and abroad to purchase properties. It also ensured that a number of centers of Jewish learning (Yeshivot and Kollelim) would blossom in the area. They include Yeshivat Bein Chomot Yerushalayim, Yeshivat Chayei Olam (Today Yeshivat Braslav-Shuvu Banim), Yeshivat Aderet Eliyahu, Kollel Ometz Yishecha (In the Shiloach) and others.

American Friends of Ateret Cohanim , also known as Jerusalem Chai (Jerusalem Lives) helps finance the educational, children’s and social welfare projects connected to Ateret Cohanim. This project helps strengthen Jewish roots at educational institutes in the heart of Jerusalem, in and around the Old City.

There are nearly 70 Jewish families, and “hundreds” of students, children, play centers, yeshivot and synagogues in the area around the Temple Mount.

“Ateret Cohanim has successfully rekindled the flame of Jewish life in the heart and soul of Jerusalem,” spokesman Daniel Luria says.

“With the help of many local and overseas supporters from around the world, it has managed to bring back to the Old City and its environs numerous families and a number of institutes of higher Jewish learning. This in turn is ensuring a vibrant and thriving Jewish life.” 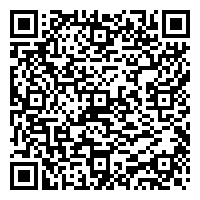