Hungarian Jewish leaders issued a strongly worded protest against a speech by a far-right lawmaker who claimed that Jews had been implicated in a notorious blood libel case in northern Hungary 130 years ago.

In a five-minute speech before parliament Tuesday night, Zsolt Barath of the extreme-right Jobbik party cited the 1882 blood libel case in the village of Tiszaeszlar in which 15 local Jews were accused of murdering a Hungarian girl, Eszter Solymosi. The case triggered widespread anti-Semitic hysteria, but the Jews were acquitted after a lengthy trial.


In his speech Barath questioned the outcome of the Tiszaeszlar trial and said the culprits had never been determined.

“As we can see, there is no clear explanation, we do not know what happened to Eszter,” he said. “Nevertheless, there is one point common to the known variants: The Jewry and the leadership of the country were severely implicated in the case.” He said the verdict acquitting the Jews had been due to “outside pressure.”

No one stopped Barath from speaking, but government representative Janos Fonagy condemned him.

In a protest letter Wednesday to the parliamentary leadership, the senior leaders of Hungary’s umbrella Jewish organization, Mazshisz, called Barath’s speech “straight from the dark Middle Ages” and demanded that government authorities “immediately take such legislative and other steps” to prevent and penalize such speeches.

Warning against the “growing threat” of mounting anti-Semitism, they said the Hungarian parliament must not allow lawmakers to hide behind their parliamentary immunity in order to make “openly racist, anti-Semitic remarks.”

The right-wing government parties and their leaders, they said, had the direct responsibility to ensure that such openly anti-Semitic manifestations were not tolerated. 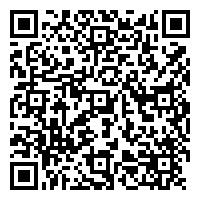