It’s not easy to hunt down a terrorist in a place that’s known for its inclusive nature, its mixed neighborhoods and for the diverse population that has transformed the port city into a unique cultural capital.

But on Wednesday morning,social media chat boards were busy with members posting pleas to a nameless murderer in their midst to “turn yourself in, you’re turning our lives into hell on earth.” By Thursday, the posts were exchanging funeral information.


Guy Kafri, 48, was one of two people shot on Tuesday in a murder that went largely unreported for two days due to a gag order by police. They were reportedly trying to figure out whether the crime was one of passion, nationalism or due to an underworld dispute.

It has now become clear that the victims were attacked by a terrorist.

The second man who was shot, a rabbi on the Haifa conversion court, was seriously wounded in the attack, but has survived.

Kafri was laid to rest Thursday in Moshav Ofer. “No one had a bad word to say about him,” his brother-in-law, Shachar Dror, told the Hebrew-language Ynet site. A driver who transported disabled children, this was a victim who seems to have had no enemies.

“All the evidence points to the fact that Guy was murdered because he was Jewish,” Dror said.

Haifa residents have called on security personnel to release the name and photo of the suspect for whom they are searching – and whose identifying information is still protected by a gag order. 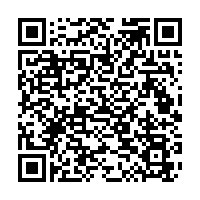