Israeli forces have arrested the brother of a Palestinian Authority special forces police officer who attacked IDF soldiers at the ‘Focus’ checkpoint outside Ramallah a day earlier.

“Manning a checkpoint is a challenging mission,” said IDF Spokesperson Lt.-Col. Peter Lerner in a post on Facebook. “Hours of mundane service watching vehicles go by, looking for suspicious movements. Hours and hours of being prepared to respond to that split moment when an attacker engages.”


Muhammad Turkman was killed by the other Israeli soldiers at the checkpoint when he shot and wounded the three IDF troops in Monday’s attack.

His brother, 23-year-old Muhannad Turkman was arrested less than 24 hours later, in a raid that took place in the wee hours of Tuesday morning.

IDF soldiers also revoked the Israeli work permits issued to the family during the raid at their home in Qabatiya, south of Jenin, said the IDF.

Local residents hurled stones and cinder blocks at the soldiers who came to make the arrest and burned tires in the street. They also threw firebombs (Molotov cocktails) at the troops.

One of the Israeli soldiers wounded in Monday’s attack by Turkman’s brother sustained a gunshot wound to the hip and was listed in serious condition, but he has since been upgraded to fair condition at Hadassah Ein Kerem Medical Center.

The two other soldiers sustained shrapnel wounds and are listed in good condition, medical personnel said. 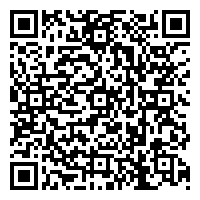