An Israeli IDF spokesperson recently blasted Breaking the Silence, an Israeli NGO that claims to expose alleged wrong-doings of the IDF, in a Facebook post this past Friday, June 21.

IDF Captain Barak Raz, the spokesman for the Judea and Samaria Division, wrote that Breaking the Silence, which receives significant funding from several European government agencies and foundations such as the Norwegian embassy and Christian Aid, “engages in nothing, but NOTHING, other than a smear campaign targeting the IDF.”


In an exclusive interview with Tazpit News Agency, Raz explained that he had had “enough with the nonsense that this organization [Breaking the Silence] represents.”

“Breaking the Silence is an immature and unprofessional organization,” he told Tazpit News Agency. “At the IDF we deal with many organizations that hold counter views, but they communicate with us – there is an open e-mail and phone exchange, and verification of issues that come up. Breaking the Silence does not engage in any of that and prevents the IDF from properly addressing any of their claims.”

Founded in 2004, Breaking the Silence collects and publishes testimonies by former Israeli soldiers who served in the West Bank, Gaza and East Jerusalem, while also conducting monthly tours of Hebron and the South Hebron Hills. Many of the participants who join the tours are university students visiting from abroad, including a number of Europeans.

On their website, Breaking the Silence states that the soldiers’ testimonies are intended to show a “much grimmer picture in which deterioration of moral standards finds expression in the character of orders and rules of engagement, and are justified in the name of Israel’s security.” These testimonies and reports are directed to and often carried by international media.

One video testimony shows a former female IDF soldier describing herself acting as a monster while serving in Hebron, adding that she was not the only soldier to act in such a manner.

According to Raz, there are several problems with these testimonies. On his Facebook page, he states that the IDF has standing orders, regulations, and an ethical code that soldiers must abide by.

“These not only require soldiers to act according to the law, but also to report instances when things were otherwise,” he writes. “Instead of taking responsibility for their mistakes, these soldiers simply blame the army for what they did wrong,” he told Tazpit News Agency.

Furthermore, Raz continues, “the information used by Breaking the Silence by and large seems to derive from two sources – unverifiable hearsay or accounts from anonymous former soldiers who, sometimes, they themselves deserve to be behind bars in military prison for what they did!”

Breaking the Silence could not be reached for comment at the time of this article’s publication.

Raz said that his response to Breaking the Silence came from a more personal vantage point, although nothing that he said in his Facebook post hadn’t been formally stated by the IDF Spokesperson’s Office.

“The social media platform gave me the opportunity to express my view more personally, from my gut – and to stimulate a different kind of discussion between people across the political spectrum. I have many different followers on my Facebook and Twitter accounts, from the right and left and it’s important that they meet and communicate,” Raz explained. “Social media is a means of accomplishing that kind of discourse.”

“For me open dialogue is important, and that is exactly what Breaking the Silence does not engage in. The organization is counter-productive; it offers no solutions and misconstrues reality to fit its own political agenda – smearing the IDF.”

In the following video testimony by an Israeli former soldier, note the cultural supremacy in her description of who gets picked for the job of manning the Gaza border checkpost. The “atrocities” she describes come down to some soldiers writing “Death to the Arabs” on their flap jackets, and pulling a prank on Palestinians, pretending to tear up their travel document.

With all due respect, I get worse treatment at Heathrow airport… 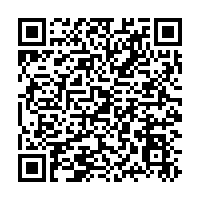