At least 11 of the suspects were arrested in the Hebron area in southern Judea. Several were also detained in the Palestinian Authority village of Beit Omer (Beit Ummar), and several were picked up in the towns of Dura, Sair and Deir Razih, in the Hebron Hills area.


Two suspects were arrested in the village of Husan, near Bethlehem, and 12 illegal vehicles were seized in the raid.

Farther north, in Samaria, four arrests were made in the village of Azzoun and one suspect was detained in Beit Furik. 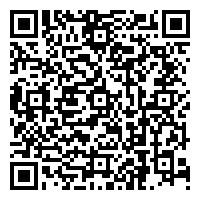