The IDF has confirmed that a rocket was launched from Gaza at approximately 6:30pm on Tuesday. The rocket landed in the Eshkol Region.

no injuries or damage has been reported.


The rocket siren did not go off.

This would be the first confirmed violation of the ceasefire since Operation Protective Edge ended.

Hamas claims they don’t know of any rocket that were launched today. They also initially claimed to have had no connection to the kidnapping of the 3 boys in Gush Etzion in June, until they finally admitted that they did it.

On Monday, the siren went off, and the IDF said no rockets were launched at Israel, but Gazan sources claim they did launch a rocket, but it fell short and it landed in Gaza.

There are sources in Israel that claim that internally the IDF is double-checking to see if perhaps a rocket was launched yesterday, after all.

Haim Yelin, the head of the Eshkol regional council said in response to the attack, “We will not accept rockets falling on our communities. We will assess how our leaders choose to protect its citizens. We expect the government to act to bring quiet to the region.” 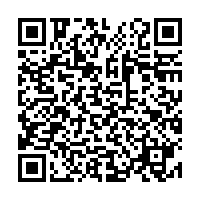