The Israel Defense Forces destroyed at least six Hamas terrorist targets in Gaza on Monday in retaliation for attacks earlier in the day.

IDF soldiers came under small arms fire as they were working on the security fence along Israel’s border with southern Gaza. No casualties were reported in the attack. In response, IDF tanks opened fire in southern Gaza, destroying a Hamas terrorist observation post. IDF tank fire destroyed another Hamas lookout post towards evening.


Earlier in the day, Red Alert sirens activated throughout the Ashkelon Coastal Region district when a rocket was fired by a Salafi faction in Gaza at around 9 am at southern Israeli communities.

No physical injuries or property damage was reported, and remnants of the rocket were later found by security personnel inside Israeli territory in the Ashkelon beach area.

Within the hour, Israeli tanks returned fire and destroyed a Hamas observation post near Beit Lahiya, on the Gaza border with Israel.

Shortly thereafter, Israeli Air Force fighter pilots also took to the skies to carry out air strikes in retaliation for the attack. The IAF attacked three targets in northern Gaza connected to the Izz a-Din al-Qassam military wing of Hamas at a site east of Jabalya.

“Hamas is accountable for the unacceptable aggression that threatens the well-being of Israelis and breaches Israeli sovereignty,” said IDF Spokesperson Lt. Col. Peter Lerner. “This reality jeopardizes the stability and security in the region. The IDF will continue to defend Israeli civilians against the threats emanating from Hamas’ Gaza.” 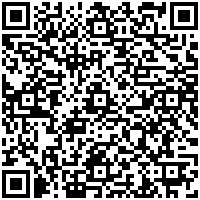