Israeli forces leveled land in the northern Gaza Strip on Tuesday morning, according to Ma’an. Witnesses told Ma’an that four IDF bulldozers crossed the border fence east of the northern town of Beit Lahiya and leveled lands near the buffer zone, presumably in order to demolish terrorist tunnels that were being dug below ground.

The witnesses added that IDF drones hovered over the area during the incursion, and that military vehicles protected the bulldozers from Hamas forces.

Also, IDF troops exchanged fire with local Arabs from watchtowers east of the village of Khuzaa, in the southern Gaza Strip district of Khan Yunis. There were no casualties.

The Jewish Press Online contacted the IDF Spokesperson’s Office for a statement.

The Solution: Both Netanyahu and Gantz to Be Sworn In as Prime Ministers 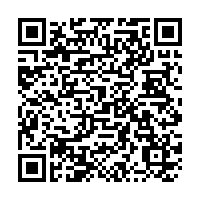