Overnight, the IDF intercepted and took control over the flotilla to Gaza around 2 AM.

It wasn’t actually much of a flotilla, as 3 of the 4 boats had already turned around and the Swedish-registered Marianne of Gothenburg was sailing alone to Gaza.


The IDF Navy, in accordance with international law, told the ships to change directions a few times, to prevent the breach of the maritime blockade on Gaza, and they refused. The blockade is in place to prevent weapons and war material from reaching Hamas and other terror groups in Gaza via the sea.

The IDF boarded and searched the Swedish-registered Marianne of Gothenburg, and are currently escorting it to Ashdod port.

The IDF says the operation was done without incident and there were no injuries.

It’s expected the activists on the boat will be deported upon arrival. If they actually had any humanitarian aid on board, that could be sent to Gaza through one of the open land channels.

Among those on board are reporters, a former Tunisian president and an Israeli-Arab MK.

In 2010, the IHH members of the Turkish-flagged Mavi Marmara attacked the IDF soldiers who boarded their vessel, resulting in 9 dead anti-Israel activists, and a tenth dying a year later.

Prime Minister Netanyahu penned a letter to the anti-Israel activists on the Marianne letting them know they were probably lost, and should have been headed to a different trouble-spot in the region that needs attention – Syria. 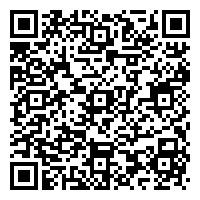