This week alone over 60 Arab terror incidents were reported in Judea, Samaria, and even in Jerusalem. Seven Israelis were hurt in the attacks, ranging from stoning and firebombs, to a stabbing in Jerusalem. Some IDF officers are openly declaring that they believe we are already in the Third Intifada.

According to a report in Makor Rishon, the IDF now believes that former Palestinian strongman Jibril Rajoub is behind, not only this new wave of terror attacks, but that he is also one of the masterminds behind the new Palestinian PR stunt of creating illegal outposts every Friday.

While Rajoub is a former minister in the Palestinian Authority, he has been increasingly connected to Hamas, which has been making serious inroads into Judea and Samaria.

Senior IDF officials believe that the Palestinian Authority is about to fall apart, and Hamas is poised to replace it.

Now that Rajoub has been identified as one of the leaders of the new wave of terror, the IDF is considering what actions to take against him. 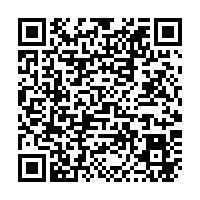