IDF soldiers shot and killed a Palestinian Authority Arab overnight Tuesday during a riot in the village of Burkin, near Jenin.

The 21-year-old rioter, Muhammad Ahmad Alawneh was picking up a rock to attack the soldiers when he was shot.


Alawneh was taken to the hospital in Jenin with a chest wound and later died of his injuries, Ynet reported.

Security sources said the riot broke out as IDF forces were arresting a wanted PA Arab fugitive in Burkin. 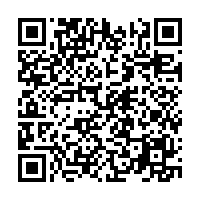