Knife-wielding Palestinian Authority terrorists wounded a woman at Gush Etzion and tried to stab and kill a soldier in Hebron Wednesday afternoon. The woman, around 30 years old, suffered moderate wounds in the attack outside the Roza Restaurant, located several hundred yards from the Gush Etzion junction and next to the Rami Levy supermarket. Several people nearby were treated for shock. The terrorist was arrested.

Less than an hour earlier, Israel forces in the Jewish neighborhood of Tel Rumeida in Hebron shot and killed a terrorist as he tried to stab soldiers.


This was the third straight day that terrorists tried to kill soldiers in the area between Hebron and Gush Etzion. In all cases, the terrorists were killed.

On Monday, a soldier was serious wounded with stab wounds in his neck before security forces shot and killed him in a village adjacent to Hebron.

A new pattern has emerged in stabbings, with attackers trying to kill soldiers even though it is clear they have no chance of escaping and not much more of a chance of escaping alive. In one incident, an Arab teenager who was selling chocolate-covered marshmallows to drivers lined up at a Jordan Valley checkpoint, suddenly stopped hawking the snack, pulled out a knife and started making a 200-foot run at guards. He immediately was shot and killed. 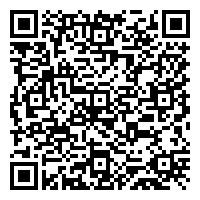