Three of the fugitives were arrested in Jenin, the IDF said. A weapons cache was uncovered in the process; troops confiscated an assault rifle, pipe bombs and related items. One terror suspect opened fire at the troops.


“Overnight during routine activities to recover concealed weapons in the Jenin refugee camp a suspect attacked the forces and fired at them,” an IDF spokesperson said in a statement.

Five other fugitives were arrested in various sites elsewhere around the regions. 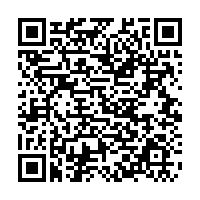