IDF forces on Saturday night mapped the home of Arafat Arfa’iya, an Arab from Hebron who was arrested for the murder of Israeli teen Ori Ansbacher.

The mapping of the terrorist’s home is a preliminary stage ahead of its demolition. Israel razes terrorists’ homes in an attempt to deter future terror attacks.

Since the discovery of the Ansbacher’s body at Ein Yael on the outskirts of Jerusalem on Thursday, the Shin Bet (Israel’s Security Agency) and the Israel Police have acted to locate the terrorist.

The Shin Bet tracked Arfa’iya down to an empty building near a mosque in Ramallah and arrested him on Friday night. The arresting forces, including the police’s special counter-terrorism unit, encountered violent resistance from local Arabs.

According to the Shin Bet’s investigation, Arfa’iya left his home in Hebron on Thursday morning armed with a knife and made his way to the village of Beit Jala, south of Jerusalem. He then walked through a nearby forest, where he encountered Ori, 19, who was out for some fresh air, assaulted and murdered her.

The rest of the details of the investigation are under a gag order.

Arfa’iya comes from a well-known Hamas-supporting family in Hebron and has served time in Israeli prison for offenses of incitement to terrorism. 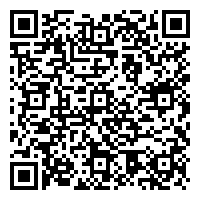