The Israel Defense Forces reduced the Gaza fishing zone from 15 nautical miles back down to six nautical miles on Tuesday in response to a rocket attack aimed at Israel Monday night by the Iranian-backed Palestinian Islamic Jihad terrorist organization.

The terror group launched the rocket from the town of Beit Lahiya in northern Gaza, according to IDF Spokesperson Ronen Manelis, who noted that there was no Red Alert incoming rocket siren activated in southern Israeli communities, because the rocket exploded in the Mediterranean Sea, off the coast of the port city of Ashdod.

Nevertheless, “it was intentionally fired by the group,” Manelis said during a call with reporters, noting that northern Gaza PIJ commander Baha’a Abu al-Ata gave the order for the launch. Al-ata takes his own orders directly from PIJ leader Ziyad al-Nakhala in Damascus, Manelis said.

“There are dozens of countries around the world trying to improve the humanitarian situation in the Gaza Strip. But at the same time, there’s one person inside Gaza, and one outside Gaza, who are trying to destroy that process,” he added.

The IDF has deployed a number of Iron Dome anti-missile defense batteries around the country in preparation for the upcoming Islamic holy month of Ramadan, during which tensions – and corresponding terrorist violence – often seem to rise.

Also in the weeks ahead, Israel will mark its Memorial Day and Independence Day, as well as the first anniversary of the opening of the U.S. Embassy in Jerusalem. 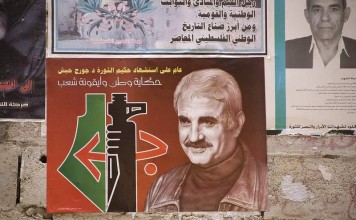