The IDF has launched a manhunt for two terrorists who carried out a car-ramming and shooting attack against IDF soldiers in the Jenin area, on Saturday.

Two terrorists in a vehicle attempted to run over and shoot at troops at an IDF security crossing at the village of Yabed, west of Jenin.


An initial inquiry shows that two cars were waiting at the checkpoint near Yabed. After the soldiers completed an inspection of the first vehicle which drove away, the two terrorists in the second vehicle sped toward the troops and attempted to run over them.

The vehicle hit a soldier who did not require medical treatment.

The second terrorist attempted to shoot at the troops but dropped his weapon. A Carlo submachine gun was recovered at the scene of the attack.

The soldiers did not respond or fire back at the vehicle as it sped away.

No IDF injuries were reported.

The IDF has launched a manhunt in the area to apprehend the cell. 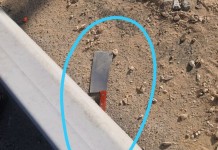 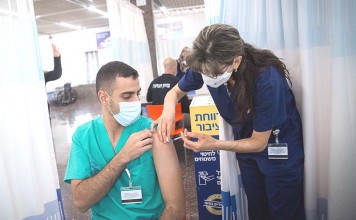