An IDF soldier from the Kfir Brigade was jailed today after he killed one of the two terrorists in Hebron that wounded an IDF soldier on Thursday morning.

The wounded terrorist, wearing a jacket, despite the warm weather, was lying on the ground, as soldiers and medics were busy dealing with the wounded soldier and terror scene.


As the ambulance began to leave, one soldier then shoots and kills the terrorist.

The soldier was thrown in jail, and his actions were criticized by Prime Minister Netanyahu, Defense Minister Ya’alon and others in the Knesset – saying the soldiers actions didn’t represent the ethos of the IDF.

Peace Now’s Yariv Oppenheimer went as far as to criticize the MDA medical personnel who did not endanger their lives to physically examine and treat the terrorist.

Family members of the soldier said he feared the terrorist was wearing a suicide belt under his jacket.

There is an ongoing debate in Israel as to whether or not terrorists should be killed at the scene of their terror attack, or if wounded, be allowed to live, to eventually be released from jail. 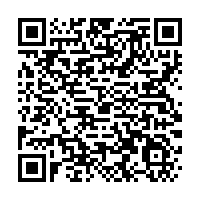