12:29 AM (Monday) IST: The IDF officially confirmed that an IDF soldier was killed on Sunday by gunfire from Lebanon.

The soldier’s family has been informed.

The name of the soldier is Shlomi Cohen (31). He was married, and without children.

An IDF soldier was killed by sniper fire from Lebanon a short time ago, according to reports in Al Arabiya, The Lebanon Daily Star and other Lebanese news sites. The soldier was reportedly shot near Rosh Hanikra, along the Northern border. Lebanon news sites are claiming that the shooting was done by the Lebanese Army, or by someone wearing a Lebanon Army uniform.

A Lebanese security official told the AFP news agency that no Lebanese Army soldier was involved in the attack.

The IDF spokesperson confirms there was a shooting incident from Lebanon, a complaint was sent to the UN, and that Israel reserves the right to respond to it. There was no mention of an injured or killed soldier, or of an exchange of fire.

According to a more recent IDF update, the soldier was driving a civilian car at the time of the attack. The IDF also confirms that the shooter was a member of the Lebanese Armed Forces.

According to Nahariya Hospital director Dr. Masaad Barhom, an IDF soldier was brought unconscious to the hospital at around 8 PM, after his car had flipped. He had holes in his upper body that appear to be from gunfire or possibly shrapnel. The doctors were unable to save his life.

It would appear the soldier was possibly hit by gunfire, and his car subsequently flipped over.

The UN is confirming that Israel did not breach the border ahead of the attack.

There are reports that the IDF is shooting back into the area in Lebanon where the attack came from.

Three days ago, there was a shooting incident from Lebanon, but no IDF soldiers were hurt in that attack. 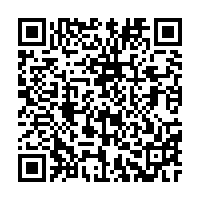