IDF soldiers were attacked while on patrol in the early hours of Monday in Judea and Samaria.

One of the attacks took place near the Palestinian Authority town of Jenin, where Arab terrorists hurled a bomb at an IDF patrol.

The other attack occurred with Arab terrorists hurling explosive devices as IDF soldiers were operating in a so-called “refugee camp” near Bethlehem, south of Jerusalem.

In both cases, IDF soldiers were deployed to search for the perpetrators. The patrols returned safely to base. 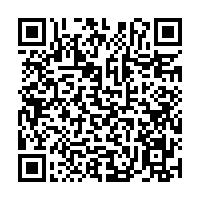