Palestinian Arab terrorists bombed IDF soldiers in Gush Etzion Saturday night. The terrorists hurled three improvised explosive devices (IED) at the soldiers while they were out on patrol.

The attack took place near the Arab village of Beit Fajar, close to the Jewish community of Migdal Oz and the Arab community of El Aroub. No injuries were reported.


In the capital, two Palestinian Arab terror suspects were arrested in the Jerusalem suburb of Issawiya also Saturday night, on the orders of a judge.

While the soldiers were operating in the neighborhood, Palestinian Arab terrorists began hurling rocks at Border Guard Police.

The troops chased the perpetrators and arrested five suspects.

Palestinian Arab terrorists also firebombed an IDF base east of Jerusalem late Saturday night, and then attacked the firefighters who came to extinguish the blaze that was ignited around the watchtower.

The two firefighter crews who arrived at the scene were met by a hail of rocks and an exploding Molotov cocktail. 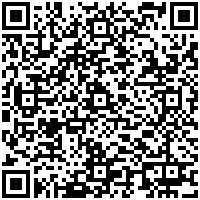