The Israel Defense Forces on Sunday began a week-long test of a text-message warning system that sends alerts to cellphones about imminent missile attacks in particular areas.

The drill will consist of messages sent to different geographic areas across Israel throughout the week, and will be sent in Hebrew, Arabic, English, and Russian. The alert system delivers location-specific warnings, according to the projected trajectory of rockets or missiles. It is seen as a more effective and efficient alert than existing air raid sirens.


The test is the culmination of years of development, and officials have stated that the alert system would become operational in September. The IDF has been fine-tuning the system over the past few months, with special focus on ensuring its resistance to cyber-attacks, from which IDF officials said the system “must be immune.”

Officials at the IDF Home Front Command said that the goal is simple – save more lives in case of war or other emergencies. One official told Xinhua, China’s official news agency, that the system could also “help civilians who are not in a dangerous area carry on with their routine and also help save lives of those traveling on the road while an attack takes place.”

Recent statements from the upper echelons of the Israeli government suggesting that a military strike on Iran’s nuclear program may be in the offing have brought Israel’s home front preparedness -or lack thereof – to the fore.

On Sunday, Prime Minister Benjamin Netanyahu addressed claims that Israel’s home front was unprepared to deal with impending military threats. “I think that there has been a very great change during our Government’s term in office…We are investing billions in home front defense, in Iron Dome, in the Arrow, and in other systems that are under development. We are investing a lot of money in defending facilities, institutions and homes. We are holding preparedness exercises for various scenarios regarding home front defense.”

In reference to the new text-message alert system, Netanyahu said, “we are thoroughly upgrading our warning systems, in which Israel is among the most developed in the world.” At the same time, he acknowledged that “one cannot say that there are no problems in this field because there always are.”

Netanyahu concluded by again reiterating that Iran is Israel’s greatest threat: “All of the threats that are currently being directed against the Israeli home front pale against a particular threat, different in scope, different in substance, and therefore I reiterate that Iran cannot be allowed to have nuclear weapons.” 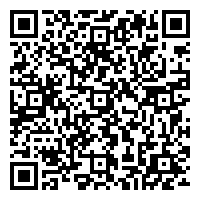