The Iranian-backed Lebanese Hezbollah guerrilla organization declared a “state of emergency” this week, claiming fears of an attack by Israel, according to Arabic-language media.

“Hezbollah declared its ranks in readiness for the past two days for fear of Israeli aggression on Lebanon,” according to a report published Thursday in the London-based Rai Al-Youm newspaper.


“High alert was declared in light of information received that the Israeli army is conducting secret military maneuvers jointly with the United States, which are currently taking place in the country and in the Mediterranean,” wrote Hezbollah-linked journalist Kamal Halaf.

The year’s largest joint military exercise — Juniper Cobra 2018 — got underway this week in Israel as more than 4,500 soldiers from the IDF and the U.S. European Command (EUCOM) began meeting the challenge of simulations designed to improve the abilities of the two forces to better coordinate their efforts on the battlefield.

The drill runs from March 4 – 15 and simulates a large, multi-front ballistic missile attack – ostensibly by Iran and its terrorist proxies (which include Hezbollah) – that may actually be quite similar to that which American and Israeli forces could be facing in wartime in the near future. 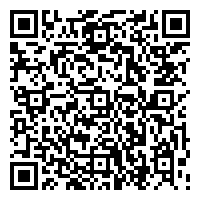