Before this time next year, Israel is likely to be one of India’s top three arms suppliers.

New Delhi is putting the final touches on a package of bilateral military deals and projects planned with Israel totaling $3 billion.


Three of the deals are ready for a final vote by India’s Cabinet Committee on Security (CCS) ahead of the first state visit to Israel by Prime Minister Narendra Modi later this year. “It should be cleared by the CCS within a month or so,” said an India Ministry of Defense source.

Among the contracts are the sale of 164 ‘Litening-4′ or laser-designation pods for IAF fighters like the Sukhoi30-MKIs and Jaguars, and 250 advanced ‘Spice’ precision stand-off bombs capable of taking out fortified enemy underground command centers.

The two countries are still negotiating over the cost for 321 ‘Spike’ anti-tank guided missile (ATGM) systems and 8,356 missiles, according to the Economic Times. The ATGMs have a strike range of more than 2.5 kilometers and fire-and-forget capability. The Indian Army wants to equip all its 382 infantry battalions and 44 mechanized infantry units with ‘Spike’ ATGMs. According to the report, the project would involve an initial off-the-shelf induction followed by large-scale indigenous manufacture by Bharat Dynamics Ltd. (BDL) to equip India’s 1.18-million strong military.

There is also a proposed initial order between DRDO (Defense Research and Development Organization) and Israel Aerospace Industries (IAI) for an MR-SAM regiment. The systems come with 16 firing units that feature multifunction surveillance and threat-tracking radars as well as weapon control systems. These too will be subsequently produced in bulk by BDL.

If the deals are signed, Israel will be confirmed as one of India’s top three arms suppliers, according to Defense Ministry sources. 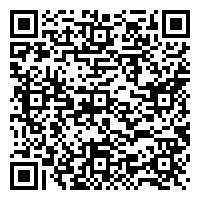