The Indiana General Assembly has become the second-ever state legislature to pass a resolution that formally opposes the Boycott, Divestment and Sanctions (BDS) movement against Israel. Tennessee lawmakers approved a similar measure on April 21.

Adopted in a voice vote, the Indiana Senate approved Resolution 74, which “expresses opposition to the anti-Jewish and anti-Israel” BDS movement.


The Senate’s move came after the Indiana House of Representatives unanimously (93-0) passed the anti-BDS House Resolution 59 on April 22. The measure now goes to Indiana Governor Mike Pence for his signature. Pence recently visited Israel and express his whole-hearted support for the country.

The Indiana bill contends that the global spread of anti-Jewish speech and violence “represents an attack, not only on Jews, but on the fundamental principles of the United States.” The resolution goes on to thank the presidents of Indiana University and Purdue University for “strongly” condemning the boycott of Israeli academic institutions after some faculty members and other staffers at those schools voiced support for the BDS movement. 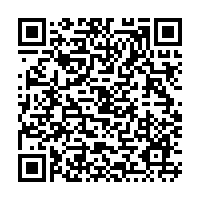