A Palestinian Authority Arab attempted to infiltrate into Israel from southern Gaza through the security fence late Tuesday night.

The attempt was made near one of the kibbutzim in the Eshkol Regional Council district.


IDF soldiers spotted the movement and fired into the air, prompting the would-be infiltrator to bolt back into Gaza. No physical injuries were reported.

Earlier in the day, Education Minister Naftali Bennet spoke at a memorial service for 17-year-old Ella Abukasis, who died in 2005 while shielding her brother in their hometown of Sderot from a Qassam rocket attack fired by Gaza terrorists.

Bennett warned that once again, the question of conflict is no longer “if” but rather, “when.”

This time, he said, “We need to finish it not with a stalemate, but with a definitive victory, so as to prevent a round after which we will not be the only country in the world whose children cannot walk in the streets without danger, so that an enemy rocket will land on them. Our enemy invests all its time and resources towards its efforts to kill us,” he said.

On Monday morning, a Salafi terrorist group in Gaza launched a rocket attack at the Ashkelon Coastal Region district, activating a Red Alert siren throughout the towns in the region.

Although no one was physically wounded, numerous Israelis in the south suffer from post-traumatic stress disorder resulting from previous attacks that occurred during prior conflicts, and many with the condition were triggered as a result. The daily routine of thousands was disrupted in any event, as the siren sent families, school children, teachers and employees alike racing for safe rooms and bomb shelters.

“Sirens sounded in southern Israel, disrupting the daily lives of Israelis,” said IDF Spokesperson Lt.-Col. Peter Lerner. “The IDF will not tolerate rocket fire towards civilians and will continue to ensure security and stability in the region.”

Within the hour, IDF tanks were firing at a Hamas terrorist outpost in retaliation, and shortly after Israeli Air Force fighter jets were in the skies over Gaza, carrying out air strikes against Hamas targets.

Later in the day, Gaza terrorists also opened fire at IDF soldiers working along the security fence on the Israeli border with southern Gaza, prompting an additional response in retaliation to the gunfire, “as well as other incidents from Gaza in the last month,” according to the IDF.

The IDF destroyed a total of six Hamas targets in Gaza on Monday in retaliation for the rocket and gunfire.

“Hamas is accountable for the unacceptable aggression that threatens the wellbeing of Israelis and breaches Israeli sovereignty,” said Lerner. “This reality jeopardizes the stability and security in the region. The IDF will continue to defend Israeli civilians against the threats emanating from Hamas’ Gaza.” 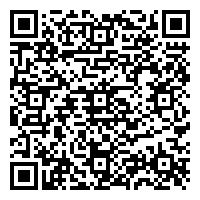