On Tuesday evening, security forces discovered that the security fence of Maaleh Shomron was cut open on the west side, which faces the (hostile) Arab village of Azun. Maaleh Shomron is just west of Ginot Shomron (see the map in the attached photo).

Rapid Response Teams in Maaleh Shomron and Ginot Shomron were called up, and units went house to house checking that the infiltrators did not enter one of the few hundred homes in Maaleh Shomron. The Ginot Shomon security teams patrolled around the two towns for 3 hours while the search was going on.


At 11:00 PM, the IDF Battalion Commander issued the all-clear, though leaving troops within the town, just in case.

Security sources tell us there’s no connection to the earlier report on the Arab from Azun who was stopped with a knife and slingshot while hiking along Nachal Kana, which is just a few hundred meters below Ginot Shomron.

The army believes the Maaleh Shomron event is the more serious of the two. 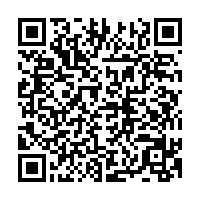