Both terrorists live in Jerusalem neighborhoods.


The decision was made and is being carried out under the Interior Minister’s authority as delineated by Article 11 of the Law of Citizenship and Entry into Israel.

When the process is completed, the attackers will no longer have the legal right to receive Israeli social benefits. These include stipends from the National Insurance Institute (Bituach Leumi), and medical insurance (kupat holim) and related medical care.

“These terrorists clearly broke – and severely broke – their loyalty to the State of Israel through their attempts to kill innocents, and as such they are not fit to live among us,” Shalom said.

“We cannot allow terrorists and enemy actors to take advantage of their status as citizens or residents in our country to carry out attacks.”

The interior minister warned that he would do the same with anyone else who acted likewise.

“We must expel these bloodthirsty killers from among us,” Shalom declared.

This is not the first time that Article 11 of the Citizenship and Entry into Israel law has been invoked against terrorists to revoke their residency status. Past ministers have acted similarly in times of severe terror against Israel. 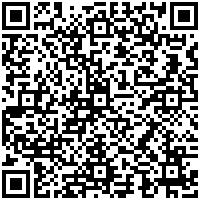