Palestinian Authority and PLO Chairman Mahmoud Abbas has been threatening for weeks to charge Israel with war crimes at the International Criminal Court at the The Hague.

But this week, suddenly, PA delegates are saying they “might” be willing to “delay” the PA’s application to international agencies – including the ICC – if they are able to close a deal with Israel within the next four months.

It turns out the answer is to be found in a clear, elegant and blunt article published in the UK-based newspaper ‘The Guardian,’ penned by Fatou Bensouda, prosecutor of the ICC.

Bensouda explains that the ICC’s founding treaty, the Rome Statute, mandates that the prosecutor investigate and prosecute crimes “committed on the territory or by the nationals of states that have joined the ICC statute or which have otherwise accepted the jurisdiction of the ICC through an ad hoc declaration to that effect pursuant to article 12-3 of the statute.”

In plain language, the ICC has no jurisdiction over ‘Palestine,’ over the Palestinian Authority, over PA-controlled territory in Judea, Samaria or Gaza. Nor does Israel consider itself under the jurisdiction of the Court for various legal reasons.

“In November 2012, Palestine’s status was upgraded by the UN General Assembly to “non-member observer state” through the adoption of resolution 67/19. My office examined the legal implications of this development and concluded that while this change did not retroactively validate the previously invalid 2009 declaration, Palestine could now join the Rome Statute,” Bensouda wrote.

However, the PA has not yet done so, probably in part because if it does, the PA leadership will be just as liable to prosecution as will anyone else.

“In both practice and words, I have made it clear in no uncertain terms that the office of the prosecutor will execute its mandate, without fear or favour, where jurisdiction is established and will vigorously pursue those – irrespective of status or affiliation – who commit mass crimes that shock the conscience of humanity,” Bensouda wrote. “My office’s approach to Palestine will be no different if the court’s jurisdiction is ever triggered over the situation.

“It is my firm belief that recourse to justice should never be compromised by political expediency. The failure to uphold this sacrosanct requirement will not only pervert the cause of justice and weaken public confidence in it, but also exacerbate the immense suffering of the victims of mass atrocities. This, we will never allow.”

The question of course is how the International Criminal Court at The Hague would view the unbelievable number of incidents of use of human shields in Gaza documented by the IDF. Not to mention the exploitation of the “neutral” United Nations Relief and Works Agency (UNRWA) by Hamas and allied terrorists in Gaza during wartime. That is use of human shields also – several of those facilities were filled with civilians displaced due to combat – not to mention use of UN cover.

Add to that the mass executions of local civilians Hamas suspected of collaboration with Israel – and for that matter, the executions they continue to carry out in service of that fear. Hamas, after all, is a member of the PA unity government now; what Hamas does, everyone is liable for.

All of which the PA would be inviting the ICC to fully investigate. And which Israel has substantiated with documented evidence in objective detail. Not eyewitnesses, who can be manipulated, intimidated and forced into distorted testimony, but satellite imagery, photograph stills and video footage.

Does Abbas want to risk that? Is the United States recommending he risk that? For that matter, the European Union and US might even have a part to play as well; both fund the Palestinian Authority quite liberally, and the PA government in Ramallah continues to pay the monthly salaries of terrorists imprisoned in Israel. More than a few were released due to diplomatic pressure from the US, and have since returned to their old ways. What part did they play in the war in Gaza? Probably the Shin Bet (Israel Security Agency) knows. 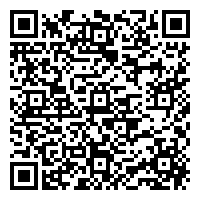