Iran’s foreign minister Javad Zarif and nuclear chief Ali Akbar Salehi told a closed-door Iranian parliament session on Tuesday morning that as soon as the nuclear deal is in effect Iran will begin using the advanced IR-8 centrifuges, according to the Iranian FARS agency.

Iran would start by injecting UF6 gas into those latest generation centrifuges.

The US claims the P5+1 nuclear agreement with Iran requires that those centrifuges be put in storage and not used.

“The AEOI chief and the foreign minister presented hopeful remarks about nuclear technology R&D which, they said, have been agreed upon during the talks (with the six world powers), and informed that gas will be injected into IR8 (centrifuge machines) with the start of the (implementation of the) agreement,” member of the parliament’s National Security and Foreign Policy Commission Javad Karimi Qoddousi said following the closed-door session at the legislature today.

Iran also plans to release its own “fact sheet” detailing the Iranian narrative of the Lausanne negotiations.

Yesterday, President Obama said that the Iranians would have zero breakout time 13 years after the deal was signed. That statement assumed they don’t breach the agreement earlier, as they’ve just made clear they will. 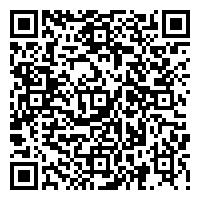