As talks wrapped up for the weekend, Iran had not budged from its refusal to allow “extraordinary” inspections at nuclear sites — in other words, its refusal to allow spot inspections of its military nuclear sites. And if sanctions are re-imposed in response to violations of the agreement – as the deal states now – Iran says it will escalate its enrichment of uranium, the nuclear fuel used to create atomic weaponry.

“We should be realistic,” said the Iranian official who spoke with journalists in Vienna on Thursday on condition of anonymity. He said the standard rules of the United Nations International Atomic Energy Agency (IAEA) that govern access to government information, sites of interest and scientists should suffice in determining whether Iran is using nuclear power for peaceful purposes.

What Iran did commit to as part of the deal was the IAEA “additional protocol” for inspections and monitoring. That protocol allows the agency access “sensitive” information held by more than 120 governments that accept its provisions, and expanded access to declared and undeclared nuclear sites.

What it does not provide, however, is guaranteed free access for spot inspections by monitors at any and all sites they wish. In addition, there are no specific guidelines with regard to military sites. Moreover, the Iranian parliament specifically passed a law two weeks ago prohibiting access to military sites by outsiders – including the nuclear site where weapons research is being carried out at the Parchin base near Tehran.

On Thursday (July 2) IAEA director-general Yukiya Amano issued a statement following his visit to Tehran, saying, “I believe that both sides have a better understanding on some ways forward, though more work will be needed.” According to a report by The Wall Street Journal, the sensitive issue of access by IAEA inspectors to military sites was among the issues covered during Amano’s visit.

British Foreign Secretary Philip Hammond summed it up in a comment on the Twitter social networking site at week’s end that the delegation was “Not at breakthrough moment yet.”

The current deadline for reaching a resolution by the two sides is July 7 – but that doesn’t mean they won’t extend it again. Both sides agreed to extend the most recent deadline – June 30 – despite having said previously that it was a “final, absolutely final” date. 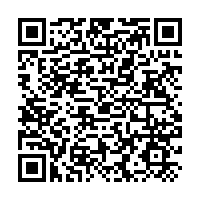