An Iranian silver medalist didn’t show up for his own awards ceremony at the World Cup event in Baku, Azerbaijan on Thursday. The no-show was the winner’s way of making sure he would not be photographed next to an Israeli fellow sportsman.

Hossein Bagheri won silver in the 10-meter air rifle competition, with Israeli shooter Sergey Richter, 27, claiming the bronze medal. Richter, a former European champion, is slated to represent Israel at the upcoming Olympics this summer in Rio. The gold medal went to Filip Nepejchal of the Czech Republic.

In order to be certain the two would not be photographed side by side, Bagheri boycotted the ceremony. He did not, however, boycott the event itself, nor did he really boycott his fellow sportsman: Richter told reporters that the two did shake hands, well away from the cameras. 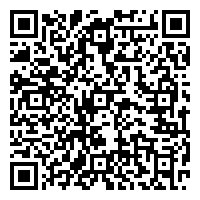