The Obama administration’s offer for direct talks with Iran on its nuclear program is “a cunning move” that reflects a forked tongue, Iran’s Supreme leader Ayatollah Seyed Ali Khamenei charged on Thursday.

He threw back in Joe Biden’s face a statement the Vice President made in Munich Wednesday that “the ball is in the government of Iran’s court” to show that it is negotiating in good faith.


The Ayatollah, referring to the United States, told Iranian air force commanders, “The ball is in your court because you should answer and say if speaking of negotiations concurrent with pressures and threats basically bears any meaning.

“Negotiation is meant to prove the goodwill. But you make tens of (hostile) actions with ill intention and then speak of negotiations in words. Can the Iranian nation believe that you are driven by goodwill?”

The Fars News Agency, a mouthpiece for the Islamic Republic regime, left no doubt that President Barack Obama really needs talks with Iran because of Washington’s failed polices.

Khamenei said that a country with good intentions does not impose sanctions, and he threw a reverse spin on the same twist of the word “negotiation” Palestinian Authority Chairman Mahmoud Abbas uses when insisting that Israel concede to his demands before “talks.”

When it comes to Iran, the Ayatollah said, “Negotiation is meaningful when the two sides talk with goodwill, on equal footings and without an intention to deceit (the other side) and that’s why ‘negotiation for negotiation’, ‘negotiation in the form of a tactic’, and offer of negotiation to pose as a world superpower is a deceitful move.”

Permanently Short of Everything 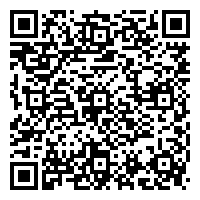