The Islamic State (Da’esh/ISIS) terrorist organization has claimed responsibility for a massive suicide bombing that left 22 dead and 59 wounded, some critically, after an Ariana Grande concert in Manchester, England late Monday night (May 22).

The huge bomb apparently was packed with bolts and nails in order to maximize the number of deaths, injuries and amount of damage.


In a statement posted to a jihad site on the internet, ISIS praised the attack and threatened to wreak worse of the “worshippers of the Cross and their allies.”

The full statement read:
“With Allah’s grace and support, a soldier of the Khilafah managed to place explosive devices in the midst of the gatherings of the Crusaders in the British city of Manchester, in revenge for Allah’s religion, in an endeavor to terrorize the mushrikin, and in response to their transgressions against the lands of the Muslims.

“The explosive devices were detonated in the shameless concert arena, resulting in 30 (sic) Crusaders being killed and 70 others wounded. (ed. note: 22 were killed and 59 were wounded)

“And what comes next will be more severe on the worshippers of the Cross and their allies, by Allah’s permission.

“And all praise is due to Allah, Lord of the creation.” 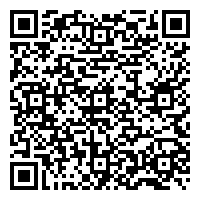