Terrorist groups frequently operate as criminal organizations, engaging in activities such as drug trafficking, robberies and extortion, in order to finance their terrorist operations.

Perhaps not surprisingly, the most notorious, barbaric terrorist group at the moment, ISIS, is now officially the richest terrorist group of all time, according to Forbes Israel. Hamas, another Islamist terrorist organization, is in second place.


In addition to their criminal activities, the terrorist groups also raise substantial funds through “charities,” donations, and, incredibly, in some cases by government agencies.

As surreal as it is to be discussing ISIS in terms of a typical business model, the Forbes report also discussed how ISIS acquires and pays for various tasks similar to most other large organizations, including maintenance, salaries, training, acquisition of weapons and vehicles.

Not content with listing the richest men or women in the world, Forbes also provided a ranking of the ten richest terrorist organizations, including their net worth and rankings.

ISIS has an annual income of $2 billion. The terrorists in second place is Hamas, which takes in $1 billion annually. In third place is a non-Middle Eastern terrorist organization, one that has been around for a long time: the Revolutionary Armed Forces of Colombia – the People’s Army (FARC), which rakes in $600 million annually.

In 7th place is another Islamic group, the Pakistan-based Lashkar e-taiba ($100 million). This group was behind the deadly Mombai bombings in late fall of 2008.

In ninth place is what is known as “Real IRA,” with an annual take of $50 million. This group also calls itself the “Volunteers of Ireland,” and is perhaps the oldest and best known of all the groups, at least tracing back to its original version, the Irish Volunteers, established in the early 20th century, later evolving into the Irish Republican Army. Former members formed the RIRA due to dissatisfaction over the IRA’s ceasefire agreement.

According to the Forbes report, Hamas entered “the big league” as the result of its takeover of Gaza in 2007. 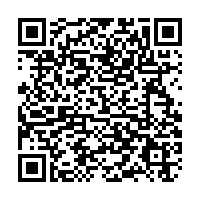