It’s not just the Islamic State terrorist group that is working on transforming children into parts of The Borg in a future terrorist machine.

For those of you who grew up watching ‘Star Trek: The Next Generation‘ the reference will be horribly clear, and you can skip down to paragraph 9. For those of you who do not understand this paragraph — please grab a cup of chammomile tea, preferably with an anti-nausea remedy, and read on.


A study published by the ‘Quilliam’ think tank warns the ISIS terror group is indoctrinating children from birth using the system employed by the Nazis to create “more lethal than themselves.”

The London counter terrorism think tank that authored the report, “Children of Islamic State” draws a parallel between the methods being used by the terror group and the Third Reich.

“Elements from Nazi Germany can be glimpsed in the systematic indoctrination of children through schools and training camps in IS,’ the authors write. “The concepts used by the Nazis are perfectly applicable to the Islamic State.”

According to reports gleaned from children who have managed to escape from ISIS enclaves, the group has also created a youth division called Fityan al-Islam, “Boys of Islam,” according to a report by The Sun newspaper.

ISIS quickly seized control of the education systems in Syria and Iraq and developed a curriculum to cultivate a second-generation “mujahideen” youth corps. These children are now growing into teens who were conditioned from their elementary years to hold extremist values, nurtured towards the goal of becoming future terrorists.

“The area of most concern is that Islamic State is preparing its army by indoctrinating young children in its schools and normalizing them to violence through witnessing public executions, watching Islamic State videos in media centers and giving children toy weapons to play with.”

Iranian Proxy Groups Also Use Nazi Methods
The terrorist organizations sponsored and generously supported by Iran have grown and proliferated over the past decade but all are similar in their desire to annihilate Israel.

The Lebanon-based Hezbollah terror group is perhaps the oldest and most well-developed of them all. Its military wing has become a guerrilla fighting force complete with uniforms, sophisticated Iranian and Russian-made weaponry, with crack discipline to match.

Headed by Sheikh Hassan Nasrallah, the group also has spent the past four decades carefully cultivating future generations towards combat.
At present, Hezbollah has a trained corps of close to 100,000 professional military fighters, according to the Al-Monitor site. “A high percentage of its ranks consist of youth with specialized degrees, making it an educated army,” Nasser Chararah wrote in Al-Monitor.

The group also instituted the Imam al-Mahdi Scouts, a Hezbollah youth movement that began in Lebanon in May 1985. With 500 local chapters comprised of 42,000 members of both genders between ages 8 to 16, the organization named for Muhammad al-Mahdi became a member of the Lebanese Scouting Federation, and thereby belongs to the World Organization of the Scout Movement.

But in addition to regular scouting activities, this group is also taught military tactics and indoctrinated with the principles of radical Iranian Islam at summer training camps at Shi’ite sites in Beirut, the Beqa’a Valley and in southern Lebanon. At age 17, the males “graduate” in Hezbollah fighting units, albeit without obligation, according to the Israeli Intelligence and Terrorism Information Center (ITIC).

German psychologist and researcher Peter Conzen described in a 2006 German-language article the striking similarity between the Imam al-Mahdi Scouts and the Hitler Youth; he noted that both defrauded children of their youth.

Both have received technical and other support from Hezbollah, mostly likely at Iran’s direction.

Each year the terror group’s armed wing organizes “Liberation Youth Camps” for Gaza teens ages 15 to 21 – the incubator in which children and youths are programmed to become the group’s next generation of guerrilla fighters in the war to annihilate Israel.

The 17,000 teen “campers” exhibited their abilities to carry out hand-to-hand combat, aim and fire various guns, jump through fiery hoops, climb ropes and walls, and to camouflage themselves well enough to avoid detection.

A 16-year-old camper told a reporter from The Washington Post, “I wish I could join Qassam Brigades now. I want to fight Israel. I want to kick them out of our land. I am ready now…”

All ages are taught to hate Israel and to “love death.” There is no money in Gaza for building homes, but there is certainly enough cash to ensure that every child learns to throw a grenade and to use an AK-47 or a Kalashnikov assault rifle.

The Palestinian Islamic Jihad military summer camp was an equally popular hit for the 8 to 21-year-olds, with 6,000 male “graduating” campers in Gaza alone.

The budding fighters were dressed in battle fatigues and taught to apply black grease under their eyes by the PIJ Al Aqsa Brigades military arm for their final ceremony.

But lest the reader reach the end of this lengthy piece thinking, “Well, the head of the Palestinian Authority in Ramallah, Mahmoud Abbas, is still a partner for peace with Israel – things are okay in Judea and Samaria,” please understand that all of the above taking place in Gaza would not have been possible without the entire cooperation of Abbas, known in the Arab world as “Abu Mazen.”

Abu Mazen is Point Man for Nazi Tactics in Terror
For countless generations, Abu Mazen has carefully, patiently, quietly cultivated this culture of hate. Abbas is a Holocaust denier of the first order: in fact, his doctoral dissertation was an attempt to prove the Nazi murder machine was not an attempt to wipe out Jews.

Final approval for every media incitement campaign against Israel, every decision to pay monthly stipends, salaries and financial reward bonuses to convicted terrorists and their families, are signed off by Abbas. He maintains an iron-fisted control over everything in the Palestinian Authority government he still heads, more than seven years past the end of his four-year electoral term.

That means it is Abu Mazen who approves the PA TV children’s programming that has for decades indoctrinated children from the time they are toddlers that it is right to hate Israel; that all of the land from the Jordan River to the Mediterranean Sea is “Felestine” – belonging to the Arab citizens of the Palestinian Authority and simply occupied by the Big Bad Israelis.

That it is the highest, supreme honor to die in jihad, the “holy war” of murdering an Israeli.

That message is drummed into Arab children’s minds from the time they are old enough to understand language in the Palestinian Authority-controlled areas of Judea and Samaria, at home and in school via textbooks, school lectures, field trips and extra-curricular activities.

It is driven home by Muslim clerics in their sermons at the mosque every week during prayers on Friday, the Islamic Sabbath. On social media and in Islamic programs, classes and lectures over the Internet. At special ceremonies in Palestinian Authority villages, towns and cities where events, public squares, buildings and holidays are used as opportunities to commemorate and honor bloodthirsty terrorists who have murdered Israelis and Jews.

It is an outright miracle when any Arab born into such a society does manage to escape or see through such thorough, complete conditioning.

Bottom Line: Nazi Methods Used by Arab Terror Groups In, Around Israel
The bottom line is that ISIS is not the only terrorist entity using Nazi indoctrination tactics. It’s used by all of the major Arab terrorist organizations both in and around the borders of Israel, blue, green, gold, recognized, unrecognized, annexed and otherwise. It doesn’t matter. Dead is still dead and all of them want to see the Jewish State in the sea.

Worse, some of this propaganda also gets transmitted via satellite television and the Internet to Israeli Arabs so there is a peripheral, overflow effect as well.

The Palestinian Authority and Palestine Liberation Organization, first under Yasser Arafat and then under Mahmoud Abbas has been doing this for decades — far longer than ISIS ever dreamed of.

So has Iranian-controlled Hezbollah in Lebanon, and the Muslim Brotherhood-spawned Hamas terror group in Gaza, also backed by Iran, and Palestinian Islamic Jihad.

The only difference between all of them is the length of time they’ve been at it, the sheer creativity in the brutality demonstrated by ISIS and the fact that ISIS answers to no master.

Oh yes – and the fact that ISIS is aiming at everyone ELSE in the world, besides Israel.

Maybe that’s why everyone noticed. 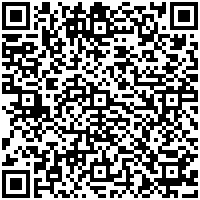