Incitement that heats up the atmosphere among Muslim worshipers at the Temple Mount is a regular offering at the Al Aqsa Mosque — but the Israeli government has yet to do anything concrete to stop it.

The group, which operates under the auspices and encouragement of the Palestinian Authority, is dedicated to uniting the world under a caliphate ruled by Islamic law (Shari’a) and has branches in Judea, Samaria and in Gaza.

The rally was held at the Al Aqsa mosque in the Temple Mount Plaza, located in the heart of the Old City of Jerusalem, right next to the Western Wall. Among the crowd were many supporters waving black flags inscribed in white Arabic writing with the words, “There is no God but Allah and Mohammed is His Prophet.”

According to MEMRI, members of the group issued a call to the ‘Islamic nation’ and the army of Pakistan to liberate ‘al Quds’ (Jerusalem) from ‘Jewish filth.’

“Where is the Caliph of the Muslims? Don’t you care that the Jews are defiling the place of the Prophet’s nocturnal journey with their filth? The Jews are the most hostile people towards the believers. . . They conquered Jerusalem,” called the rally activists.

“O people of Pakistan! O people of Islam! The place of the Prophet’s ascent to Heaven is calling for your help! What are you doing? The Al Aqsa Mosque calls for your support! Will you heed the call?

“O Pakistani Army! America wants to destroy you. America is your enemy. Free yourselves from subordination to it. This is the call of Hizb Al-Tahrir:

“Advance with your mighty army to Jerusalem. You are worthy of the honor of liberating it.” A video clip of the rally was posted on the Internet by MEMRI with translated subtitles.

It is precisely incitement such as this that whips the mosque’s Muslim worshipers into a frenzy of hatred against Jews and Israel week after week and results in the violent riots that prompt police to close the site to anyone except Muslims prior to Jewish holidays.

Once cannot fathom why Israel does not close the site to Muslims when violence occurs, rather than the peaceful Jews and tourists who come to tour the area.

Perhaps it has something to do with the fact that Israel’s Labor-led government in 1967 immediately handed authority over the site to the Waqf Islamic Authority, which is linked to the Jordanian government, hoping to maintain peace in future years.

Sadly, this ‘solution’ has instead simply led to endless incitement and a ravenous hunger for war.

Last year MEMRI translated another Hizb ut-Tahrir video showing PA Arab children in the Al Aqsa mosque having been programmed to call for the “liberation of Palestine.”

In somber robes of white (for purity) and black (for purpose and death) boys who appeared to be as young as six and as old as 15 stood tall in the mosque, bands inscribed with religious slogans wound about their foreheads listened closely — and yelled into microphones when called upon to do so.

This is a perfect example of how the Palestinian Authority actively continues to pass on terrorism against Israel to the next generation. It is a clear message the PA is no ‘partner for peace.’

A ‘two state solution’ under these circumstances would be a signed death certificate with the coroner ready and waiting to deliver the document next door. 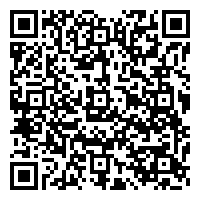