Once again on Tuesday, Oct. 21, Israel was on the hot seat before the United Nations Security Council.

Israel’s Deputy Permanent Representative to the United Nations David Roet had the pleasure of speaking to the “Question of Palestine,” which is always –  always – a topic on the U.N. Security Council’s agenda.


But before Roet spoke, U.N. Secretary-General Ban ki-Moon delivered his remarks on the topic.

The secretary-general’s focus was on the suffering of the Palestinian Arabs and on Israel as the responsible wrongdoer. And of course, Ban stated his iron-clad position that only the creation of a Palestinian State will spell the end to violence in the Middle East.

The secretary-general spoke particularly sharply about the “mile after mile of wholesale destruction” in Gaza. In fact, he said “nothing could have prepared me for what I witnessed in Gaza.”

Ban curtly stated that he looked forward to a thorough investigation both by the IDF and by the independent Board of Inquiry regarding the suffering of Gazans and the hits on UN facilities and the deaths of many innocent people in Gaza.

After recounting the horrors visited upon Gaza by the IDF, the secretary-general devoted three sentences to Israeli suffering, and mentioned having visited terror tunnels, although he didn’t say who built the tunnels, or how they were built or upon whom attacks were launched using those tunnels.

Israelis also suffered during the conflict. I travelled to a kibbutz where I met the grieving family of a four-year-old child named Daniel who was killed by a Hamas rocket – another innocent victim of this mindless conflict. As I said in Gaza, firing rockets is unacceptable, and the rockets have brought nothing but suffering.

I also visited a tunnel built by militants to launch attacks.

But Ban was sanguine about at least some developments following this summer’s conflict. He was very pleased to report that “Palestinians are taking critical steps to forge a united path to the future.” He spent several minutes  praising the “historic meeting in Gaza of the Cabinet of the Government of National Consensus.”

One of the positive results Ban ki-Moon anticipates flowing from this historic unity government is the facilitation of “the flow of construction materials into Gaza.” More terror tunnels, coming right up!

Apparently unable to bear slighting the Palestinian Arabs who don’t live in Gaza, Ban addressed their needs as well.

According to the U.N. secretary-general, the devastation visited upon Gaza by the Israelis is paralleled by the voraciousness of the Israelis gobbling up living space in “occupied East Jerusalem.”

“International law is clear: settlement activity is illegal. It runs totally counter to the pursuit of a two-state solution. I urge the Israeli Government to reverse these activities,” Ban said.

Actually, international law is far from clear on most topics, but it most certainly is not “clear” that Jews building homes anywhere is illegal. Even if building those homes undermines what people see as a two-state “solution,” that does not magically transform the building of those homes into illegal acts.

Ban then goes on to berate Israel for other alleged misdeeds, including “altering policies with respect to the Holy Sites that have been in place over many decades,” and “mounting numbers of attacks by settlers” and other imagined violations of “international human rights and humanitarian law.”

Ban’s conclusion, as is that of so many, is that the only hope for stability and peace in the region is for [Israel] to address the “underlying causes of the conflict: an end to the occupation that has grinded on for nearly half a century, a full lifting of the blockade on the Gaza Strip and effectively addressing Israel’s legitimate security concerns.” 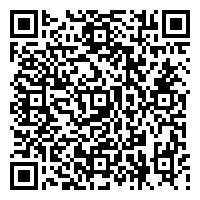