A warning published in the travel advisory guide issued by the Prime Minister’s Office was designation as a Level 2 alert. The advisory said there was a “concrete and high threat” that terrorist groups are planning attacks against Jewish and Israeli attacks in Tunisia.


“The recommendation is to avoid visiting Tunisia” at this time, the warning said.

But Tunisia’s Interior Ministry issued a statement countering the warning and denying that any danger existed.

It’s a high-stakes issue for Tunisia, which is still struggling to restore the bountiful tourism industry it once enjoyed.

The country’s Jasmine Revolution overthrew the government and launched the region-wide Arab Spring four years ago, sweeping away the regimes of at least three other Arab nations and destroying the stability of the Middle East. Along with it went the economies, manufacturing bases and tourism industries in many, including Tunisia, where it all started.

There is a custom to make a pilgrimage on the Jewish holiday of Lag B’Omer – coming up this Thursday – to visit the ancient synagogue on the Tunisian island of Djerba, home to a centuries-old Jewish community.

The El Ghriba Synagogue is one of the oldest synagogues in the Arab world. It is believed that kohanim (priests) from Jerusalem’s Holy Temple fled to the island during the period of the Roman occupation of the holy city. They allegedly brought with them a door from the Second Temple, as it was being destroyed by the Romans, and embedded it within a wall of the new synagogue they built on Djerba Island.

Until the Arab Spring, thousands of Jews from around the world came to Tunisia each year to celebrate Lag B’Omer on the island of Djerba. Most abandoned the practice in deference to security. 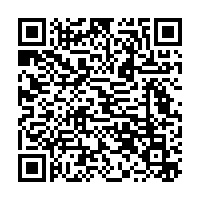