Hundreds of police officers and IDF soldiers gathered Wednesday morning to protect workers who demolished the home of a terrorist in the northern Jerusalem neighborhood of Shuafat.

The terrorist, Ibrahim Al-Akri, carried out a ram-and-stab attack in his mini-van at a train platform, killing two officers and then getting out of his vehicle to attack bystanders. He was neutralized by forces at the scene who shot and killed him.

Earlier in the week, two of the three Jewish minors who brutally murdered an Arab teen from Shuafat were convicted in the Jerusalem District Court. But the swift response of the Israeli justice system did little to stem the wave of Arab terror, much of which emanates from the neighborhood. That same day, Arab attackers in Shuafat hurled rocks at the Jerusalem Light Rail — which serves commuters in the neighborhood with a regular stop there — traumatizing passengers and damaging another car on the train, which again had to be taken out of service.

A number of the residents in the restive neighborhood have been deeply involved in terrorist activities and others, while not actively involved, have supported their actions. In a prelude to Operation Protective Edge in summer 2014 and during the war itself, Arab terrorists in Shuafat destroyed all the Light Rail stops in the neighborhood and also one in a nearby area. 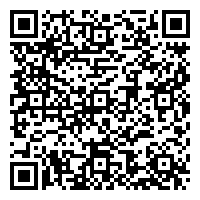