Israel’s exports for the first half of 2017 were up 6 percent in US dollar terms over the parallel period last year and are on course to top $100 billion by the end of the year, according to the Israel Export Institute’s half yearly review, published Thursday. The figure would be a first-time landmark for Israel.


Exports of goods were up by 4% to $29 billion in the period from January to June on the back of growth in the industrial sector. Agricultural exports were up 6.5% to $765 million, halting a decline in the sector in previous years. Exports of chemicals and petroleum products were up 12% to $4.3 billion, while pharmaceuticals exports rose 10% to $3.7 billion. Exports of electronic components however were down by 20% to $1.8 billion, while diamond exports were down 3% to $4 billion. The Export Institute said it expected exports of electronic components to recover in the second half of the year and through 2018.

Exports of services were up by 8% to $21 billion thanks to a strong increase in hi-tech services and tourism. Computer and software service exports were up 12% to $6.8 billion while tourism climbed 16% to $3.2 billion.

On a regional basis, exports to the European Union were up 14%, with an increase of 58% in exports to France; exports to the United States grew by 11%. In the Far East, overall exports to Asia dropped by 7%, although exports to China soared by 41%. Exports to sub-Saharan Africa were down by 8%, while exports to Turkey recovered by 6% after dropping to their lowest level in seven years in 2016.

Commenting on the figures, Economy Minister Eli Cohen said: “Increasing exports is a strategic goal of the Ministry of Economy, because export industries have high productivity. We are continuing our efforts to attract international companies [to Israel] and with the help of incentives for exporters, we will cross the $100 billion mark, which is our annual export target.”

Export Institute chairman Ramzi Gabbay said he saw significant recovery in exports of electronic components toward the end of the year with exports likely to top $100 billion for the first time.

However Gabbay warned that the strong appreciation of the shekel was preventing Israel from maximising its export potential.

“We are pleased at the increase in exports in line with our predictions, however we are worried about the strong appreciation in the shekel-dollar rate. The shekel has gained 7% against the dollar since the beginning of the year and according to the latest survey among exporters, the exchange rate is the greatest obstacle to doing business overseas,” Gabbay said. 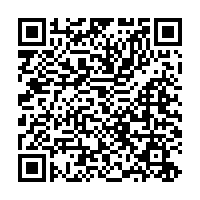