Israeli security forces have moved to high alert due to the uptick in Arab terror attacks over the past week – and in particular, the spike in Arab violence over the past 24 hours.

Israel Police placed its officers on alert across the country following an assessment by top brass on Friday after the arson murder of 22-month-old Ali Dawabsheh and the injury to his parents and sibling in Duma, near Shechem.


Also since the previous Friday – although not reported in mass media – 22 Jews were injured in 60 recorded terror attacks. A list has been compiled by the Hebrew-language HaKol HaYehudi website. The attacks included firebombings, targeted fireworks, rock attacks, burned fields, bombings with explosive devices and firebomb attacks on Jewish homes.

Emergency dispatch centers will increase their staff at the switchboards, Israel Police said in a statement Friday. In addition, thousands of additional patrol officers, Border Guard Police officers and auxiliary police officers will be deployed to “increase the sense of public security.” 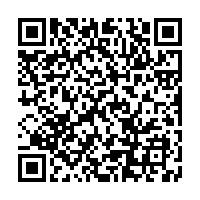