Israel Police say they’re continuing their “determined struggle” against illegal possession of weapons by civilians in the Arab sector.

Such weapons, say police, could be used to harm innocent people when they’re used to resolve conflicts.


On Tuesday morning, Israeli police carried out a raid in the Israeli Arab city of Umm al-Fahm in northern Israel. There they recovered an automatic handgun and a large quantity of ammunition.

Police officers also arrested a 23-year-old suspect, who was transferred to security personnel for further questioning. 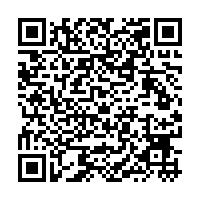