The decision to hold elections now is a political blow to Prime Minister Netanyahu, who tried to push off elections to replace retiring President Shimon Peres in order to block the election of current front runner, MK Reuven Rivlin.


“The current race has been muddied by slander and delegimitization,” Edelstein said, “which I feel has disgraced the process and caused severe damage to this important institution.”  While the Israeli president is technically the head of state, it is a position has traditionally been a ceremonial post, with little official jurisdiction. Presidents have little authority apart from granting pardons and accepting credentials from foreign diplomats to Israel.

Peres, however, has used the office as a personal soapbox. As president, he has remained outside politics, but has frequently voiced opinions on Israel’s diplomatic process with the Palestinian Authority and other issues that have traditionally been considered outside the purview of the presidential office.

Seven who would be president

“I want to wish each of the [seven] candidates good luck, but beyond that I beseech and even demand of them, for me, for the Knesset and for the people of Israel, to behave with dignity, respect, decency, morality and integrity,” Edelstein continued. 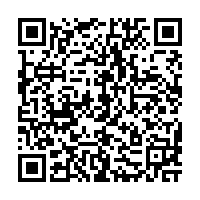