The permanent staff at the Israeli Consulate in Philadelphia, PA received a last minute reprieve back in 2013, after it was discovered that the office was going to be closed by the Israeli Foreign Ministry. The local Jewish community rallied then, as did several local American politicians. But it’s hard to believe that the guardian angel which protected this office twice before will be able to do so again.

An Israeli newspaper leaked the information on Wednesday morning that the Israeli consulate in Philadelphia, as well as several other consulates, will close during the 2016-2017 budget year.


In addition to Philadelphia, the Israeli consulate in Marseilles, France, the embassies in Belarus and El Salvador, and the roving consulate for the Caribbean are all slated to close.

The embassies in El Salvador and Belarus are the only Israeli diplomatic outposts in those nations, while Israel will still have an Embassy in Paris, France after closing its Marseilles consulate. In the U.S. there are eight Israeli consulates, not including the one in Philadelphia. Israel also has its U.S. Embassy in Washington, D.C. and the Israeli Mission to the United Nations is in New York.

The Israeli Consulate in Philadelphia has been serving Pennsylvania, Ohio, Delaware, West Virginia, Kentucky and Southern New Jersey. Responsibility for those regions will be transferred to other consulates, if and when the Philly consulate shuts down.

The decision to close the diplomatic outposts was apparently made last year and the funds freed up are intended to be used to strengthen existing diplomatic offices.

The Philadelphia Consulate responded to a request for comment from the JewishPress.com with the following statement:

We can confirm that the Ministry of Foreign Affairs of the State of Israel has decided to terminate operations of the Consulate General of Israel in Philadelphia by the end of 2016. Until the Consulate ceases its activities it will continue operations and serving the Mid-Atlantic region, once closed other Israeli missions in the U.S. will expand their reach. The Ministry will do its best to assist its local employees in this process.

‘Astonished’ Sudan Sacks Spokesman Who Called for Peace with Israel

Iran Irate over Poles Hosting Meeting on Its ‘Destabilizing Influence’ 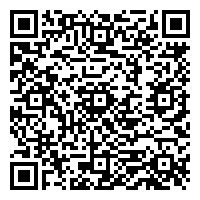