Israel ranks at the top of the list in a new study published in Business Insider, listing the 15 strongest military forces in the Middle East. Analysts who conducted the study, however, also ranked Israel’s air force Number One in comparison with other air force worldwide.

“The balance of power in the Middle East is in disarray,” stated the article, which saw more than 720,000 hits on the publication’s website in less than 24 hours.


“Every country in the region is building up its own military.”

Israel’s $15 billion defense budget, 176,500 active front line personnel with 3,870 tanks and 680 aircraft placed the Jewish State at the top of the list.

Military analysts noted that both Jewish and Druze citizens are drafted to serve in the IDF, and that Israel has defended itself against “a diverse range of enemies” since 1948.

“A close defense relationship with the U.S. and an energetic domestic defense industry give Israel a qualitative edge over all of the region’s other militaries,” Business Insider commented.

A major scoring point was the quality of Israel’s air force, which the publication emphasized has incredibly high entry and training standards.

“Pilot to pilot, airframe to airframe, the Israeli air force is the best in the world,” said Chris Harmer, senior naval analyst at the Institute for the Study of War and an analyst in the study.

“Israel also has one of the region’s most battle-ready armies, a force that has fought in four major engagements since 2006 and has experience securing a few of the most problematic borders on earth.

“Israel’s military has also never attempted a coup or ruled the country directly, unlike several others on this list,” analysts wrote. 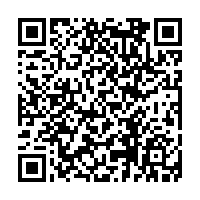