For the second time in a week, Israeli Special Forces entered the Jenin refugee camp in broad daylight and arrested a senior Islamic Jihad terrorist.

Large IDF forces entered the Jenin refugee camp, under the Palestinian Authority’s rule, on Wednesday and arrested Aboud a-Saadi, a key Islamic Jihad operative. Reports from Arab sources indicate that the Israeli forces were met with gunfire and explosive charges.


The Israeli forces exposed a pipe bomb hidden in a scooter parked near the wanted terrorist’s home.

The a-Saadi family is affiliated with Islamic Jihad and its members are among the organization’s leaders in Judea and Samaria, reports indicate.

This latest arrest of an Islamic Jihad member came as security tensions in Israel are high and following the elimination of three Islamic Jihad terrorists by Israeli Special Forces near Jenin over the weekend. Four Special Forces operatives were wounded in the shootout, one of them seriously.

Another fourth cell member was arrested while armed in the Tul Karem area.

The Islamic Jihad announced in response to the operation that it “swears to continue the mission of resistance to Israel and its attacks as an expression of the will of the Palestinian people.”

Ziad Nahala, the leader of the Islamic Jihad terror organization, declared a general state of alert in the organization’s military wing last Thursday following an IDF raid in Jenin.

Amir Bohbot, the defense and military correspondent for Walla News, wrote Wednesday that the Islamic Jihad in Judea and Samaria “has raised its head. It connects well with Nahala’s criticism of Hamas.”

He further pointed out that the Islamic Jihad’s activism is “embarrassing the other [terror] factions. There are calls for [Hamas commander] Muhammad Def to join the wave of terror.” 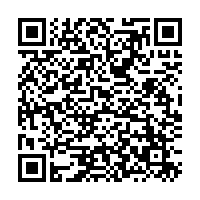