Israeli Jews are divided almost evenly between left and right and between secular and religious-traditional, according to statistics provided by the Keevoon Global Research company, founded by American immigrant Mitchell Barak.

About 45% define themselves as ‘right’ politically and 40% as ‘left. This has been the traditional political divider for many elections but with the advent of a number of ‘center’ parties in recent years, about half of ‘left’ voters prefer the term ‘center.’


Ethnic and religious differences are even more important, because they cross party lines.

The Central Bureau of Statistics states that “52% of the Israeli Jewish population is Sephardic and 48% is Ashkenazi.”

it noted that the ethnic split “is a very important demographic because it points to complex issues regarding ethnic relations and self-identification.”

Parenthetically, I would explain that part of the change in identification is due to the increasing acceptance of “mixed marriages” between Ashkenazi and Sephardi families, which has softened the division somewhat.

Also, many “traditional” and even secular Sephardim who grew up in religious homes vote for the Shas Sephardi Haredi party. That may be less apparent in this election because of the death of Shas’ founder and spiritual leader, Rabbi Ovadia Yosef.

Sephardim tend to be right wing, and that could be explained by their origins in Muslim countries. They understand the Arab mentality much more than Ashkenazim.

Returning to the Keevoon poll, it found that in terms of religious identification, slightly more than half, 52% to be exact, of Israeli Jews classified themselves as “secular, while 40% are religious, traditional or Haredi.

Keevoon’s poll also came up with another interesting tidbit when asked whether they “consider themselves more Jewish or Israeli.”

This simple self-identification demographic can then classify a person along a number of other political and religious attitudes, behaviors and values.

Keevoon’s Barak told The Jewish Press that he has not conducted polls to determine the results of the elections, but offered one conclusion: 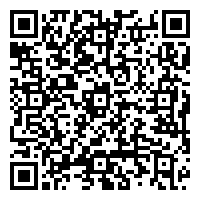